Native Americans lived for thousands of years in what is now called the Houston Wilderness region, stretching eastward from Lake Livingston to the Trinity River and westward beyond the Brazos. Along the northern border of League City, a midden site on Clear Creek reveals human occupation during the Paleo-Indian period beginning around 9000 to 8000 BC. It is the earliest shell midden discovered and recorded in Southeast Texas. Archaeologists have determined that the site continued to be occupied seasonally until the early sixteenth century.

The last Native American group to use the Clear Creek midden site belonged to the Akokisa (or Orcoquisac) tribe, who ranged from Galveston Bay north to present-day Conroe. They were an Atakapa-speaking people ancestrally related to the Atakapa tribes that dwelled to the east in Louisiana. 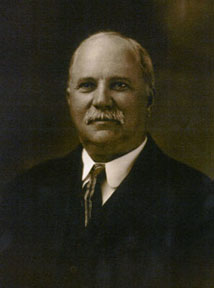 The name Akokisa is thought to mean “river people.” They were hunters and gatherers who moved seasonally with food supplies. From October to the end of February, these Indians lived on the barrier islands where they spearfished and collected oysters and bird eggs. During the spring and summer they moved inland to camps along the shores of rivers and creeks where they gathered roots and berries and hunted game with bows and arrows. For shelter, they built structures on accumulated mounds of discarded clamshells, lined with willows and covered with mats and skins.

By the early eighteenth century, the Atakapa tribes possessed horses, which enabled more proficient hunting of deer, buffalo, and bear to trade with the French residing in East Texas. However, disease and war with westward-moving Anglo-Americans severely decimated the number of native peoples of southeast Texas. By the early nineteenth century, only scattered camps remained made up of occupants of several different tribes.

The first Anglo to own property comprising League City was Miguel Muldoon, an Irish Catholic priest appointed to serve members of Stephen F. Austin’s “Old 300”colony. In 1831, Muldoon, a close friend of Austin, purchased eleven leagues of land from the State of Coahuila and Texas. Muldoon disposed of the land before his permanent departure from Texas in 1842. Known by Texas historians as the “Forgotten Man of Texas Independence”, Muldoon’s name continues to survive in the small hamlet of Muldoon, Texas in Fayette County.

The fertile grasslands of north Galveston County began beckoning settlers shortly after the “Old 300” colony settled in Texas. In 1839, John Robert Derrick was issued 640 acres of land on the south side of Clear Lake. Derrick, his wife Elizabeth and their five children were among the first settlers in the Clear Creek community. They were eventually joined by Nancy Bailey Thomas, the widow of Jacob Thomas, one of the “Old 300” settlers, and her eight children.

Other settlers followed. In 1854, a small group of interrelated families traveled overland in wagons from Calcasieu Parish, Louisiana, bound for the coastal prairies of North Galveston County. They were pulling up decades old Louisiana roots in order to establish viable cattle ranching operations in a geographical location well suited for such an enterprise. The group was comprised of three families: the Butlers, Cowards and Perkins. Their destination was land along the banks of Clear Creek staked out earlier by relatives Allen and Margaret Perkins Coward. The traveling band, numbering 27 whites and 75 slaves, settled along fresh water streams that ran from the Galveston County prairie into Clear Creek. These streams, originally labeled Coward Bayou, Chigger Bayou, and Magnolia Bayou are currently known as Chigger Creek, Coward Creek, and Magnolia Creek.

George Willis Butler, his wife Hepsibah Perkins Butler, their children, and his widowed mother-in-law Martha Perkins Butler chose the banks of Chigger Creek as their permanent home. The youngest Butler son, George Washington was nine years old at the time of the move to Texas. Accompanying him was a slave companion, Sebron Lyons. Both boys were nine years old and remained close friends throughout their lives. Many years later, with Butler’s help, Lyons became the first African-American in League City to own property.

From young boyhood to early adulthood, Butler’s three sons, Richard, Green and George Washington, worked cattle for their childless uncle, Allen Coward. The young brothers made cattle drives on the Opelousas Trail from Galveston County to New Orleans before the Civil War. When the Chisholm Trail opened the three Butler brothers were among the many cattlemen who drove cattle to Kansas. 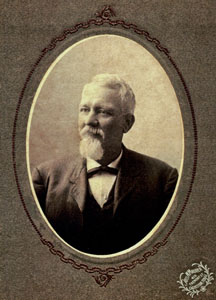 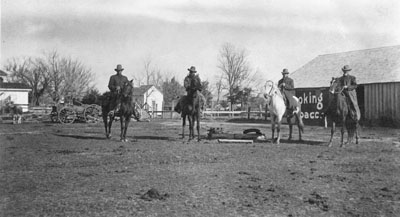 With the fall of Fort Sumpter in April, 1861, a vast surge of popular patriotism swept across Texas. Shortly after Governor Frank Lubbock issued the call for volunteers, the Perkins Ranch became the focal point in the formation of the Magnolia Rangers, Company D of the 1st Brigade of the 1st Texas Calvary. The regiment, mostly comprised of cattlemen from Galveston, Harris, Brazoria and Chambers Counties was the only regiment from Galveston County.

Among the enlistees were Samuel Perkins, George Washington Butler, John William Derrick and three members of the Coward family. During the spring of 1864, the regiment saw action at the Battles of Mansfield and Pleasant Hill, the most decisive battles of the Red River Campaign. Wounded in the shoulder by a mine ball, George Washington Butler spent the duration of the war recuperating in Louisiana and at his home along the banks of Clear Creek.