Have You Seen Our Majestic Bald Eagles?

In just the past couple of weeks, I have been lucky enough to see several Bald Eagles. It takes my breath away every time I see these majestic birds! I remember catching glimpses of them when I was young while traveling back and forth to Oklahoma, but they were rarely seen here. That has changed dramatically over the last decade, and now they are reported regularly throughout the greater Houston area. In fact, many pairs have established breeding territories successfully. Although nest sites are usually kept somewhat secret in order to protect the inhabitants, there is a well-known nest in Webster, and it is not unusual to see eagles soaring overhead in League City. 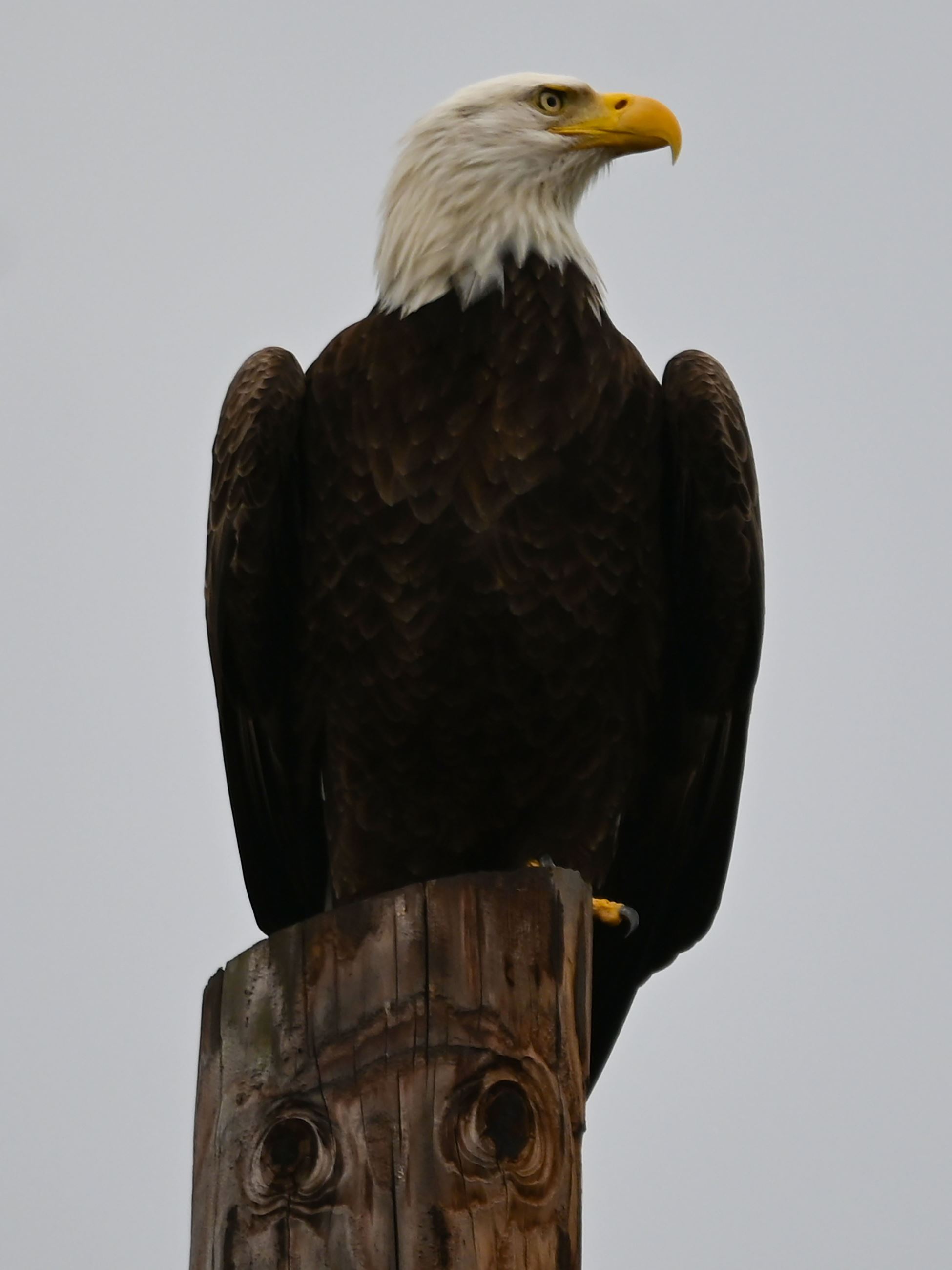 The Bald Eagle population throughout North America increased substantially due to its protection beginning in 1978 under the Endangered Species Act. Prior to that, it had been drastically reduced due to the use of the pesticide DDT, and by hunting. The species recovered well enough from conservation efforts that it was removed from the Endangered Species list in 2007; however, it is still protected under the Bald and Golden Eagle Protection Act.

Our resident population is joined by winter migrants, so you are much more likely to see a Bald Eagle this time of year. With heavy bodies and a wingspan of nearly 7 feet, adults are unmistakable in flight, holding their broad wings flat while soaring. It is easier to overlook an immature eagle, especially when perched. Although juveniles are just as large, it takes five years for them to molt into the familiar adult plumage (white head and tail, dark brown body and wings, and bright yellow bill and legs.) When young, they have dark heads with mostly dark bodies and wings; as they mature, the brown becomes mottled with an increasing amount of white. Immature eagles can be recognized by their immense size and long, heavy, hooked bill.

If you’d like to try to find Bald Eagles, look for them in forested areas near bodies of water with fish populations large enough to support their appetite for their favorite prey. They prefer perching and nesting in tall, mature pine and hardwood trees that provide clear views of their surroundings. They are also scavengers, so you may see them soaring in a kettle of vultures as well. It’s always worth a check!