We added a birdhouse to our yard last year, and we were delighted when Eastern Bluebirds moved in and began nesting this spring. These beautiful members of the thrush family are year-round residents in our area and are a wonderful conservation success story. At one time, bluebird populations were in serious decline due to habitat loss that severely limited suitable natural nesting cavities. During the 1960s and ‘70s, conservationists began establishing bluebird trails with nest boxes, and encouraging people to add nest boxes to their yards. These preservation efforts have been remarkably successful, and bluebird populations have rebounded well since then. 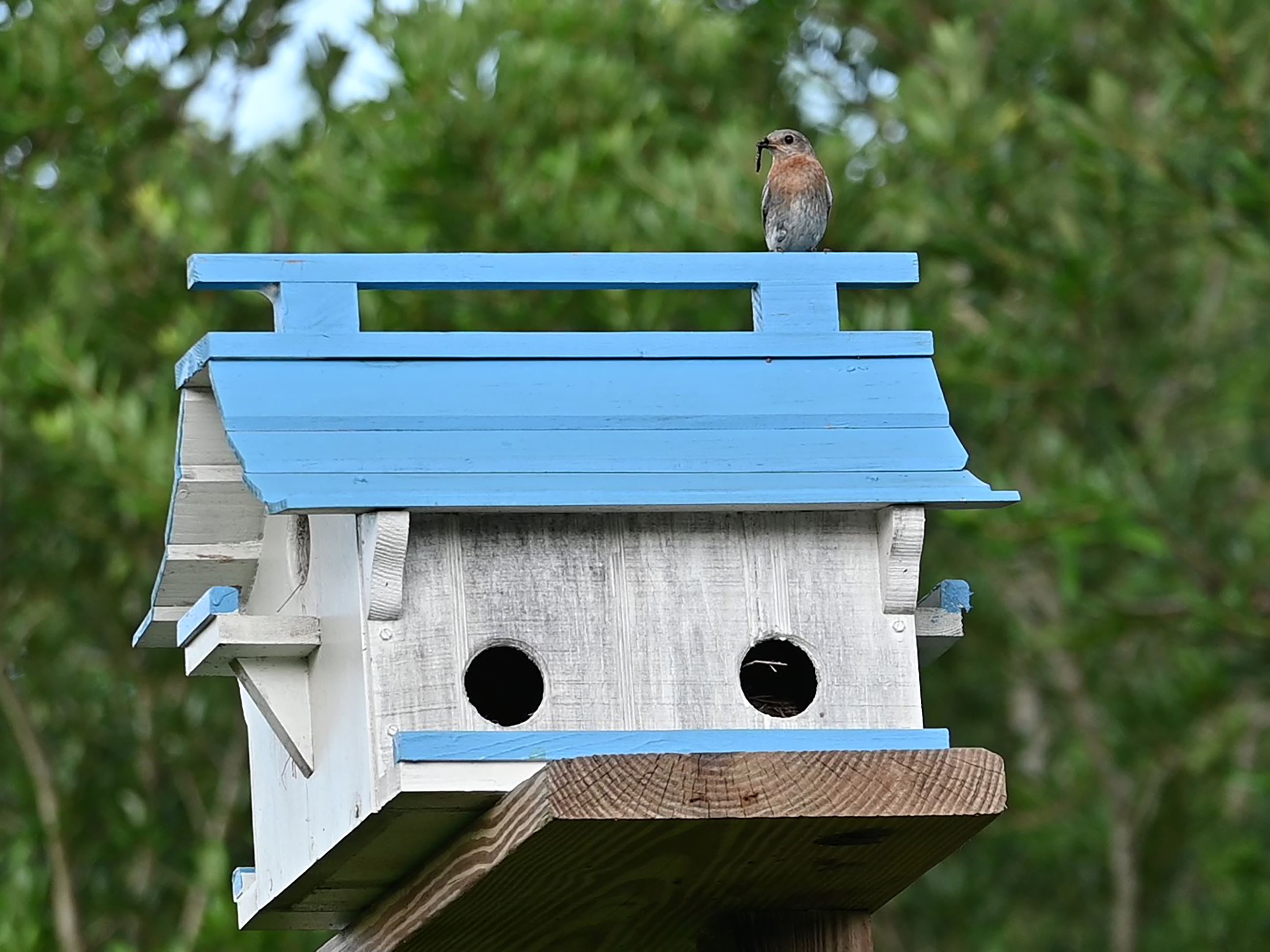 Eastern Bluebirds are small thrushes with large, rounded heads and plump bellies. They can be recognized by their erect posture when perched on highlines and fence posts. Males are a gorgeous, saturated blue on the head and back, with a rusty red breast, and white belly. Females have similar markings, although not as bright, with duller gray-blue coloration that deepens to blue on the wings and tail. Juveniles have white eyerings, and are spotted on the back and breast, making them look quite different than adults.

Bluebirds are omnivores, preying primarily on insects, worms, and grubs during breeding season, and feeding heavily on fruit and berries in fall and winter. They prefer open country with patchy vegetation surrounded by trees. Watch for them flying to the ground suddenly from an open perch to catch an insect with a flash of wings, before returning to the same perch. 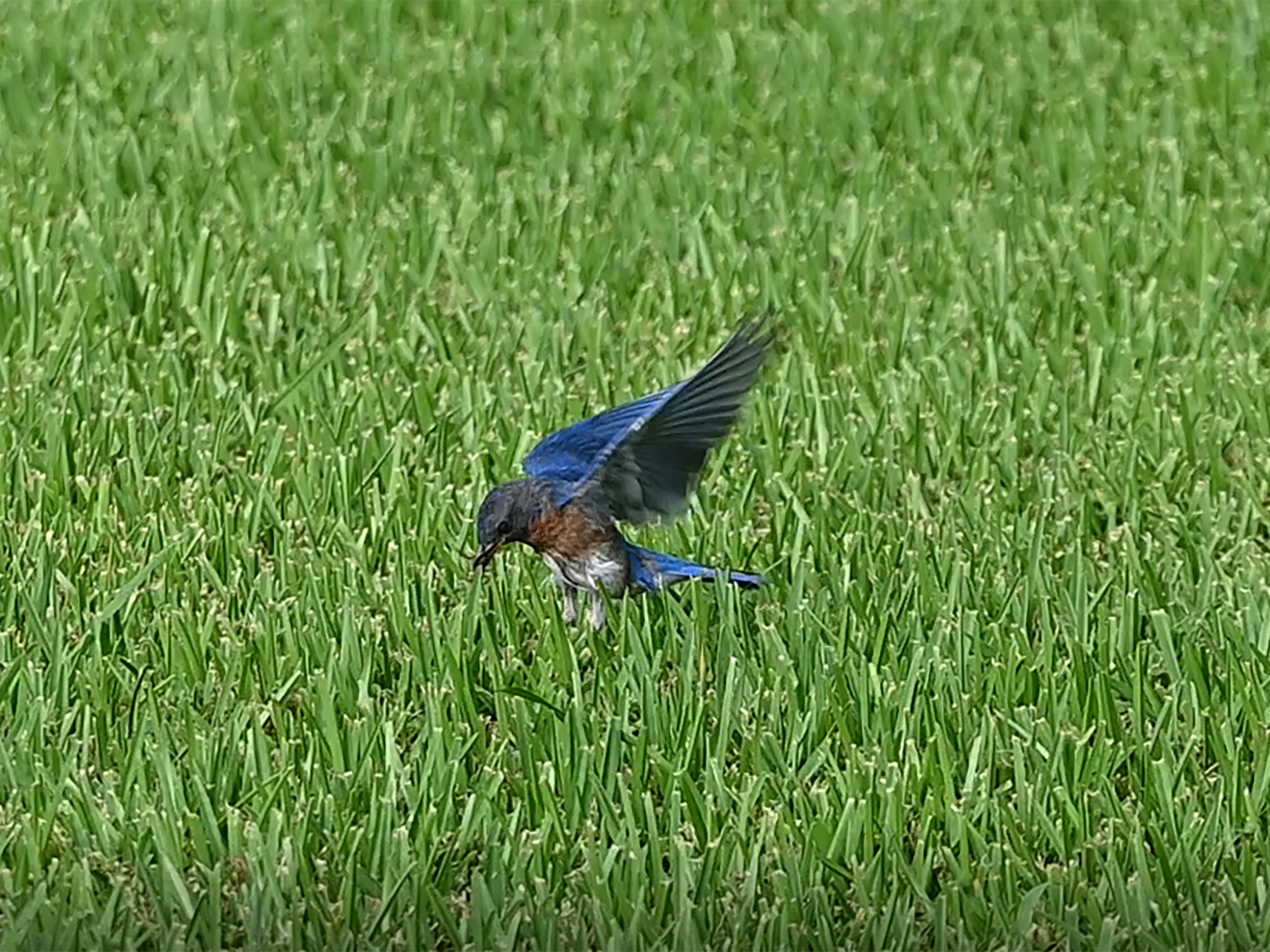 Bluebirds are not likely to visit bird feeders, but they are attracted by birdbaths, and it’s important to provide fresh water daily. They will eat mealworms if offered, but the dried variety is not good for them as it fails to provide necessary hydration to their young. If you have space and would like to attract bluebirds to your yard, consider adding a nest box. You can find information about choosing the best spot, plans for building nest boxes, and more on the North American Bluebird Society website. Two or more broods per year are common, with juveniles from the first brood often helping care for those in the second.

You can find Eastern Bluebirds at many of the parks in the League City area. If you’d like to see them, try the parking lot area near the playground in Challenger Seven Memorial Park – they are nesting there in old woodpecker nest cavities in the utility poles. The adults are active in the mornings and evenings, catching insects and bringing them to the nest to feed their young. They are often perched on top of signs near the parking lot, searching for insects in the grass.

I hope you enjoy watching and learning about these beautiful birds as much as I have!