Built at the same time as the League City municipal complex on Walker Street, the League City Public Library opened its doors to the public in 1972—making it 50 years old this year. When the library first opened, the 7,000-square-foot single-story building had less than 3,000 books and no audio-visual material. Fast forward to today, League City Library Services circulates over 400,000 items a year, offers more than 530 programs to patrons of all ages, and maintains a resource database that served over a half-million people in 2021.
To mark the half-century milestone, library patrons of all ages are sharing their favorite memories as part of a commemorative video. A new permanent photography exhibit has also been installed on the first floor. The photos highlight the growth and expansion of the library over the last five decades, as well as the people that made it possible, including its namesake, Helen Hall.

Who Was Helen Hall? 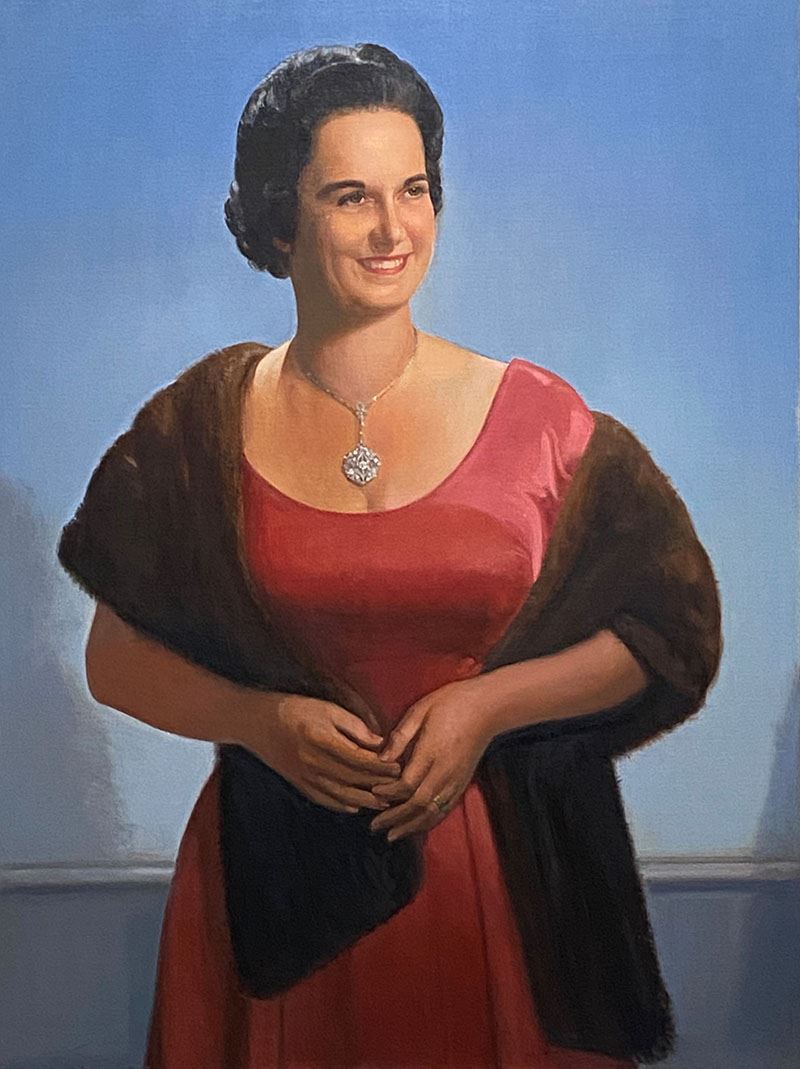 Helen Hall was born in League City in 1907 and married her high school sweetheart, Walter Hall. She worked as a commercial bank teller, was the first female postmaster of League City, volunteered with the Red Cross for 40 years, and was a member of a group of citizens in the late 1960s that pushed for the establishment of a public library in League City. In 1971, construction on a library began, and Helen became a charter member of the Library Board, actively serving until her death in 1981.

In the 1980s, Susan Mathews—the City’s first librarian who served for 32 years until her passing in 2004—along with the League City Library Board pushed for additional resources and led the expansion of the overcrowded building. In August 1985, League City voters approved a $2.5 million bond issue that included an addition to the existing library, renovations of the original building, and automation of major library functions. On January 10, 1985, the library’s name was changed to honor Helen Hall. The new 29,300-square-foot library building was dedicated on February 28, 1988, with Walter Hall standing in for his late wife Helen.

Over the last 35 years, technological advances and the way people research and consume information has changed drastically. Perhaps the biggest change, however, is the City’s growth. With a population over 116 ,000, the number of residents in League City has increased sevenfold, and there is no slow down expected in the next 50 years. The stereotype of a library as a tomb-like place where patrons are shushed has long been debunked. Armed with a creative and forward-thinking staff that is constantly dreaming up new programs, activities, and events, current City Librarian Teresa Potter says things are just getting started, and that includes going beyond the library’s four walls. In 2021, the Helen Hall Library started hosting “pop-up story times” at the City’s fire and EMS stations. New programs also launched in 2021 aimed at increasing the literacy rates of League City’s youngest residents including “Babies and Books” and “1,000 Books Before Kindergarten.” In addition, the Helen Hall Library earned the Achievement of Excellence in Libraries Award in 2021, one of only 59 libraries in Texas to earn the award. 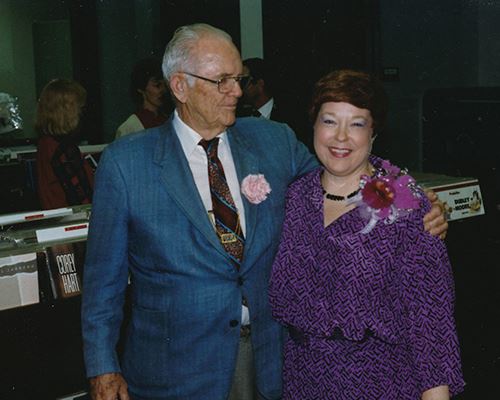 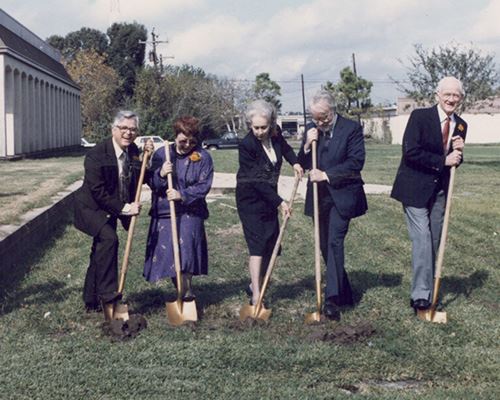 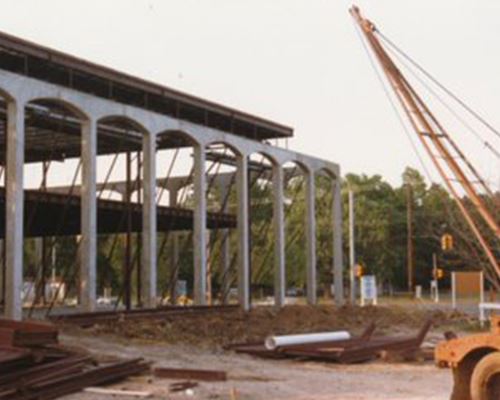 Walter Hall and Susan Mathews
Groundbreaking for the library expansion began in 1986.
Renovations were completed in 1988 and added 22,300 square feet of space.

So, what kinds of services, programs, and activities do you want the Helen Hall Library to offer in 2022 and beyond? 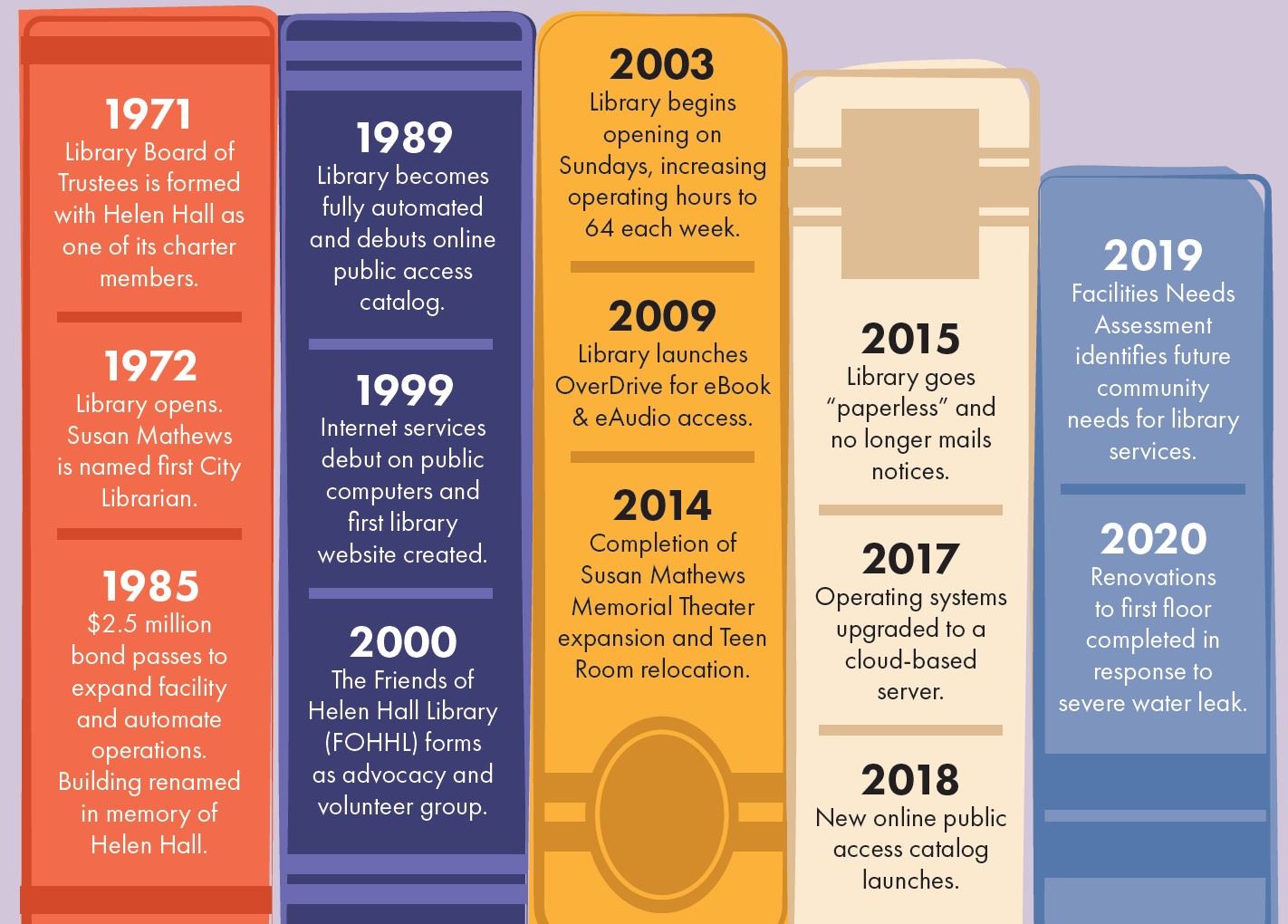 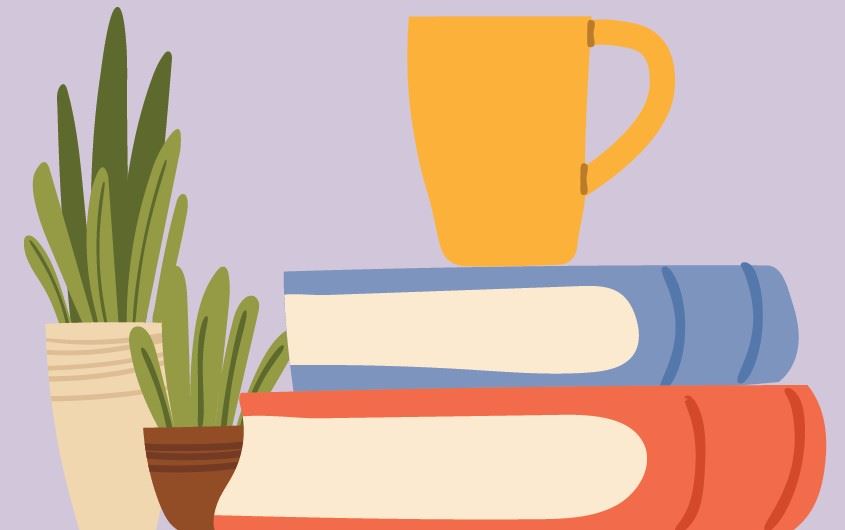