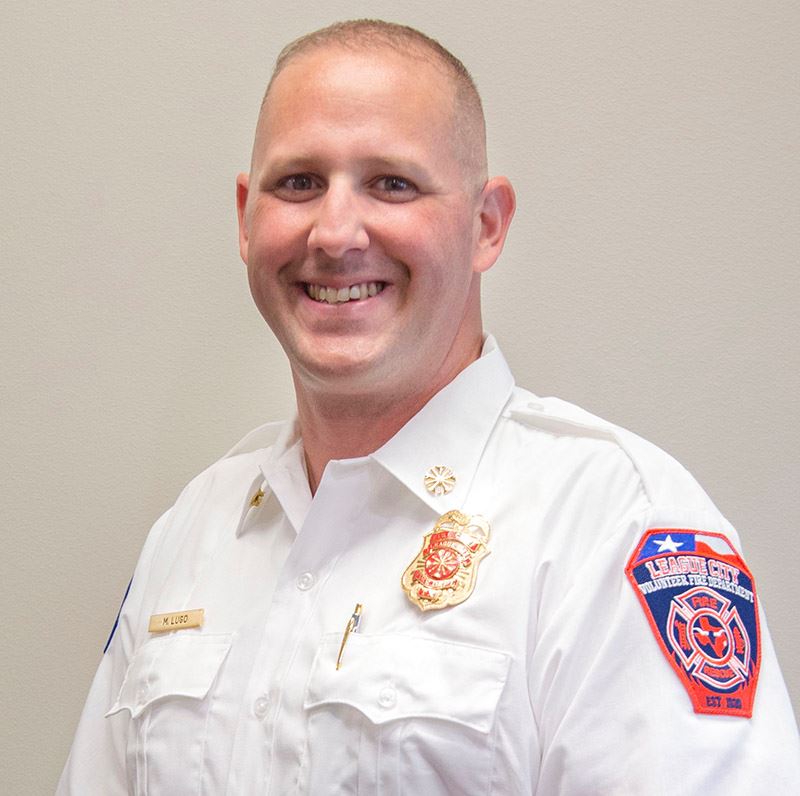 Michael Lugo serves as the Career Fire Chief for the City of League City. He began his career with the City of League City on August 12, 2021. He is responsible for guiding the future growth and expansion of Emergency Services. This includes oversight and management of a volunteer fire department, career emergency medical services, and the Fire Marshal's office.

Chief Lugo has more than 19 years of experience in fire service and was the Assistant Fire Chief for Denton County Emergency Services District No.1 Chief Lugo was a member of Texas Task Force 1 as a swift water rescue technician and responded to multiple local and state deployments. He is a current member of the Emergency Medical Task Force and has responded to multiple state disasters and wildland fires as a Medical Incident Support Team (MIST) member. He is a state NIMS ICS 300 and 400 instructor and has assisted the state's emergency management staff at their local disaster districts with planning operations and medical operations.